Here is a series of recent posts written by Dr. James Bare on the Rife forums.  Dr. Bare is the father of modern Rife technology. He is one of the most trusted frequency experts in the world.  Given the incredible amount of wild claims out there regarding Rife machines and carrier waves, here are Dr. Bare’s postings in their entirety.

If you are considering investing in a frequency device, Dr. Bare’s take on why modern frequency machines use a 27.12 MHz carrier wave over a 3 Mhz one may be of particular interest to you.

Dr. Bare’s views, information, or opinions expressed below are solely his and do not necessarily represent those of Resonant Light Technology and its employees. We are making them available to you here with Dr. Bare’s consent for research purpose.

"Frequency therapies have been in use for over the last 100 years and used by literally tens of millions if not hundreds of millions of people world wide. There are two basic methods of frequency delivery , either through direct contact or through an emitted field. Both methods can and do deliver frequencies to the body, both create fields within the body, but it is the use of an emitted field that overcomes one key limitation of the direct contact method. The key aspect to the use of any frequency device is the ability of that frequency to be absorbed by the body or to be delivered to the body with sufficient energy so that the frequency may cause physiologic response. A frequency that is not absorbed – that passes through the body, or is too weak in its’ energy, has no effects. The recent work done by Novocure has shown that there is a direct correlation between the field strength and the degree of response when doing testing on cancer cells.

Commonly used electrode type devices are energy delivery limited , as too much energy will either cause tissue damage or outright electrocution. It is the ability of RF based frequency devices to generate very strong frequency related fields deep within, and widely throughout, the body. It is this ability that makes RF frequency devices superior to electrode devices.

Just like a radio that tunes across a fixed set of bands – the human body one might say has a tuning range. At 27.12 MHz, which is the carrier frequency used by Rife/Bare devices such as the PERL M+ and others, the carrier frequency is very resonant to the body, readily absorbed, and has good tissue penetration. In fact, 27.12 MHz has been set aside by the worlds nations for medical device usage precisely due its body resonance, body absorption, and body penetration. But at 3 MHz, the carrier is almost non resonant to the human body and is not well absorbed. This body resonance to 27.12 MHz, and easy absorption is why a Rife/Bare device has an effective distance of around 30′ from the plasma tube. The human body is resonant and absorbs the wave readily at 27.12 MHz. A 3 MHz carrier device, being essentially non resonant to the human body, must be used close to the body and couples energy to the body through the process of induction. Certainly a Rife/Bare instrument can be used close to the body and in doing so will couple both resonantly and inductively. There are obvious advantages to utilizing two mechanisms of energy delivery to the body instead of just one! Ultimately, I am discussing the resonance of human bodies here, not objects that can have different resonance frequencies that allow for energy absorption at distance with a 3 MHz carrier. There is a very big difference between a metal cabinet and a human body.

Demodulation is the process of stripping the modulation frequency from the carrier wave so that the modulation frequency can create physiologic effects. This is known as the sideband demodulation method and is used by all RF devices for the many thousands of frequencies which are now in use. Using the example of a 180 watt transmitter, over two and half times the power is found within the sideband of a Rife/Bare device when compared with the power found in the sidebands of a regular RF transmitter. This power difference is of significant importance.

When the treatment frequency is demodulated in a Rife/Bare system , it is, compared to a regular devices sidebands of equal transmitter output, very powerful, and that power is used to produce physiologic effects. Better, since demodulation typically takes place at tissue interfaces and cell walls, the demodulated signal is present exactly where it can be the most effective.

Some RF devices combine a specific carrier frequency with a specific modulation frequency to produce a sideband of a specific frequency. This sideband is then used as the treatment frequency. This method is primarily utilized for the less than 30 micro organisms that Rife worked with. I will discuss this method further in an upcoming posting and show how it is possible to use a Rife/Bare device and its 27.12 MHz carrier with this method. Using this combination of carrier + modulation frequency method, it is obvious that the strength of the desired sideband of specific frequency is very important as well.

Existing RF plasma devices and most other frequency devices in common usage, tend to use two wave forms for modulation, namely sine waves and square waves, but primarily square waves are utilized. These two different wave forms  when used for modulation create different pulse shapes , and the harmonics produced by the two wave forms are different as well.  With a Rife-Bare device, one can actually hear the differences in the harmonics between a square wave and a sine wave for modulation when using frequencies below 10,000 Hz. A sine wave is a single frequency and produces even harmonics of itself. An example of this is a 300 Hz primary frequency. The harmonics would be 300 Hz, 600 Hz, 1200 Hz, 1800 Hz, 2400 Hz and so on. Musical instruments produce sine wave and utilize octaves of notes that are even multiples of each other.

A Rife/Bare device outputs a rectangular bipolar pulse with a cut off of the pulse and carrier wave between pulses. The cut off will be related in time to that of the square wave duty cycle. For a 50% duty cycle square wave, the cut off will be equal in time to the pulse duration. In a Rife/Bare device, a sine wave will produce a bipolar pulse as well, but the pulse envelope to best describe it will have ” bulging sides” and form a more rounded instead of vertical sided and rectangular output pulse envelope. Inside of either pulse shape, one will find the carrier wave – the number of carrier waves within each pulse varies with the modulation frequency.

As a bit of teaser to an upcoming posting,  I’ve attached a couple of oscilloscope pictures of what is possible with a Rife/Bare device. Both pictures show what I deem a “double pulse envelope”. One can see dual pulses combined into one pulse. The combined pulse is composed of both a nanosecond duration pulse and a micro second duration pulse. The nano second pulse can be made to appear at the beginning of the pulse envelope or at the end of the envelope. Only a Rife/Bare system can produce pulse envelopes like this.

So now that we know that sine waves produce even harmonics and square waves produce odd harmonics – what can we do with this information? This question will be answered in my next posting." 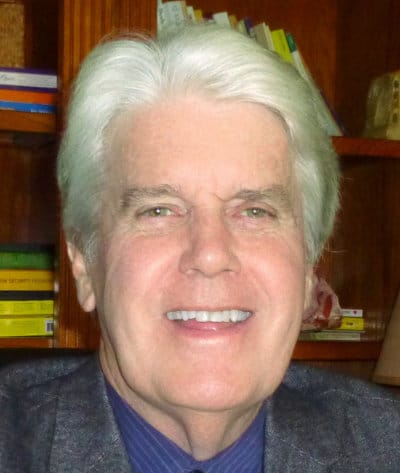 If you'd like to learn a lot more about Resonant Light technology and its many wellness benefits, this short read is for you. 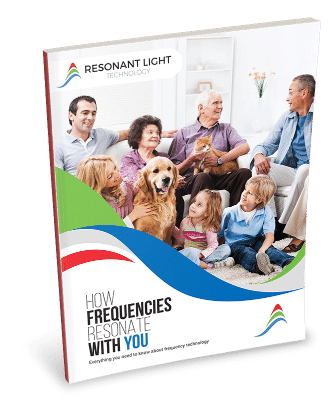